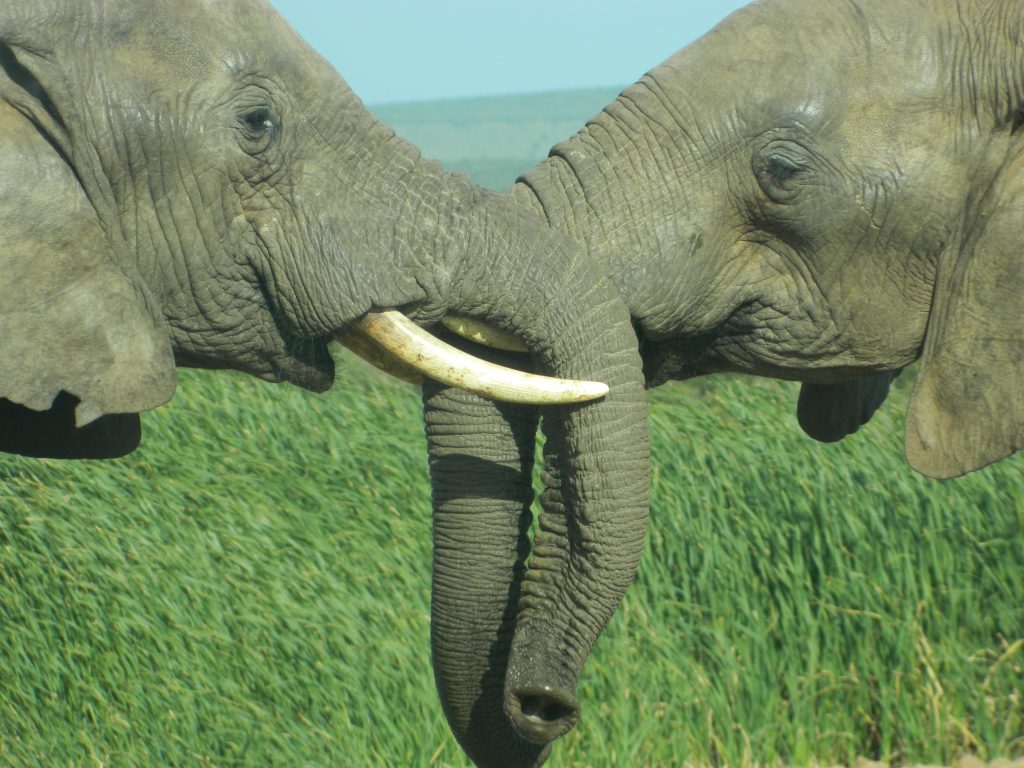 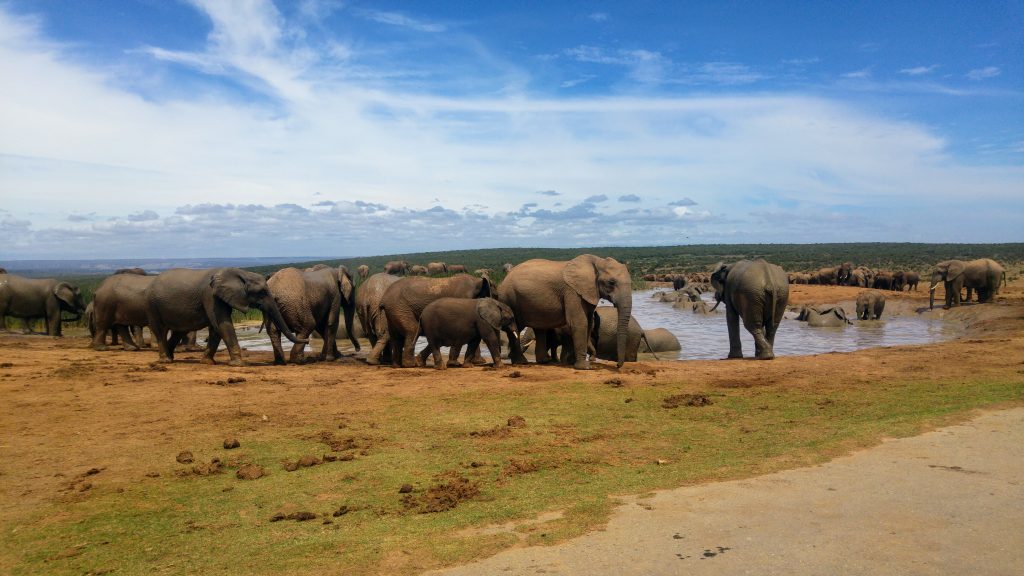 African elephants are definitely one of the top animals to see in the Addo Elephant National Park. With over 600 elephants in the park, and increasing by approximately 5% per annum, your chances of spotting an elephant are exceptionally high. Elephants consume between 200 and 300 kg’s of plants and drink up to 200 liters of water per day. On sunny days, they love to spend time near the water holes. 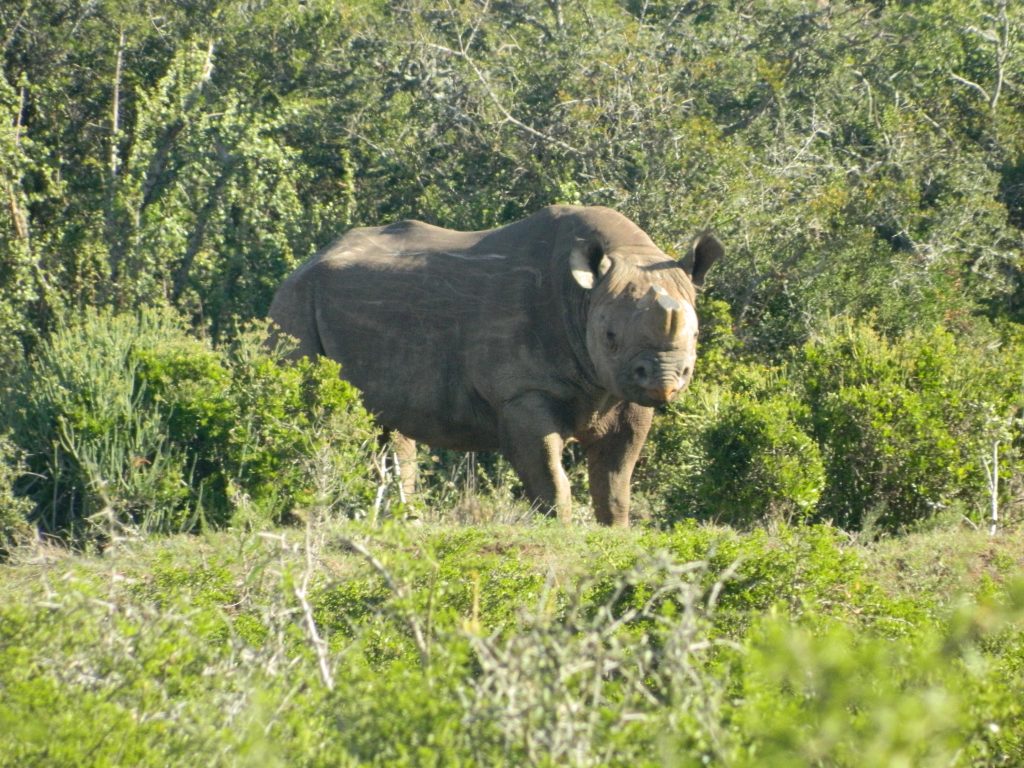 Generally solitary animals, the black rhino are the only rhino endemic to the area. Black rhino are browsers and spend most of the day resting in thick bush. They are more active at night and early mornings. Although difficult to spot, black rhino are one of our top animals in the Addo Elephant National Park. 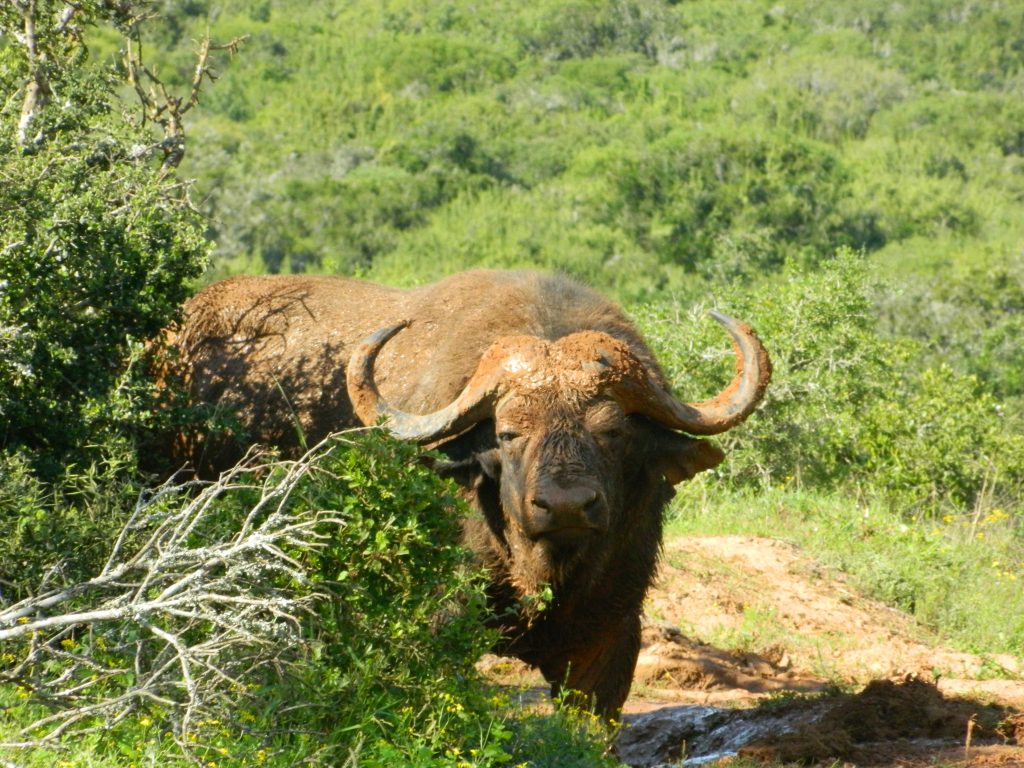 Large herds of disease free buffalo can be spotted in the Addo Elephant National Park. For many years the buffalo in Addo were nocturnal, but since the introduction of large predators, the habits of the buffalo appear to have changed, with more sighting during the day. 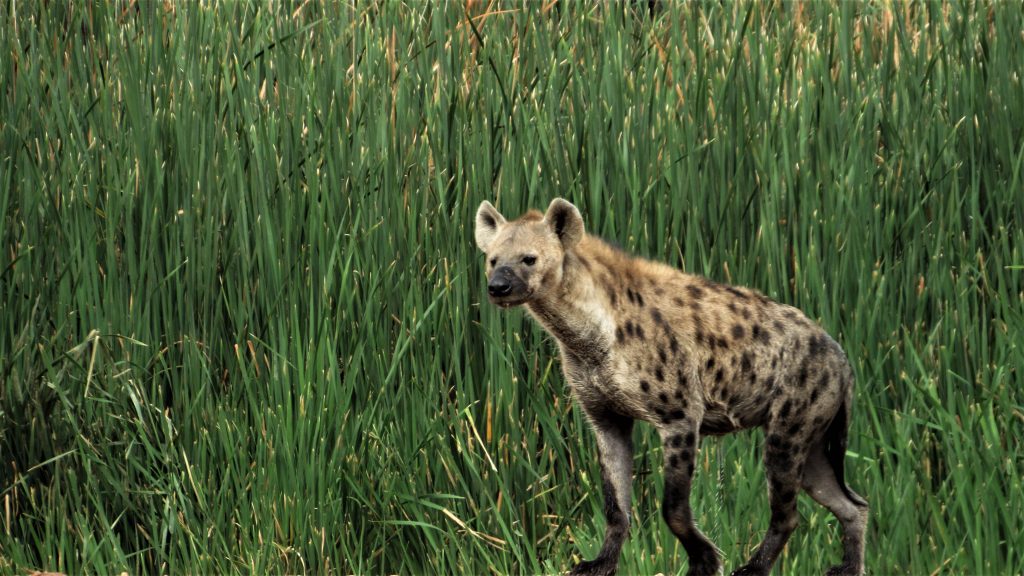 Introduced into the park in 2003 and 2004, this nocturnal animal is often spotted during the day. Brown hyena and aardwolf can also be seen on rare occasions. 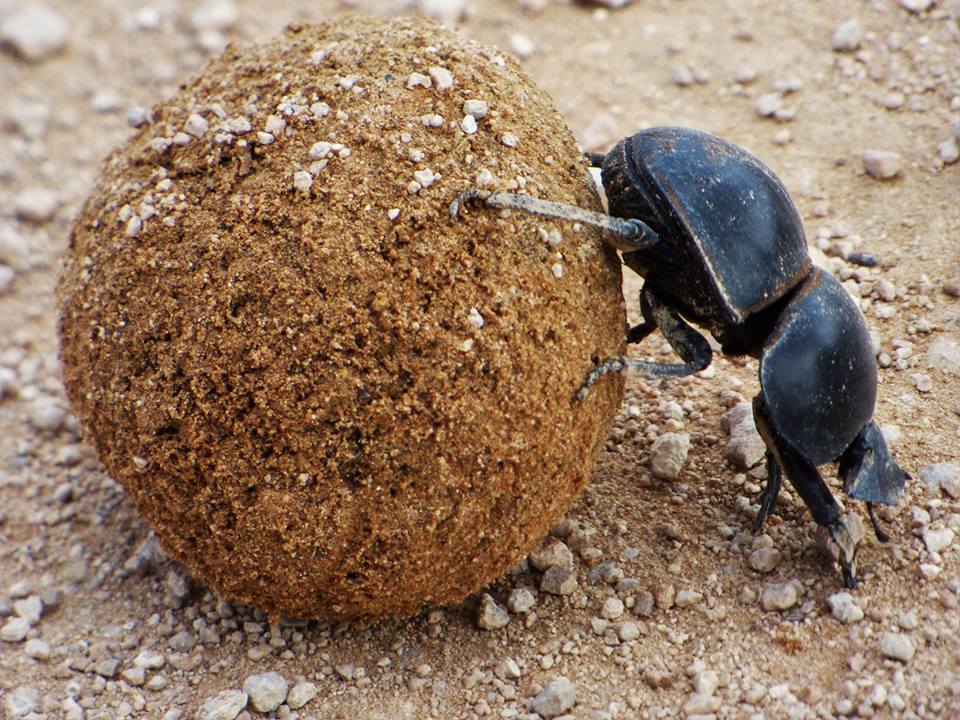 Often missed while searching for bigger game, the flightless dungbeetle fulfills an important ecological role by recycling nutrients. They are threatened by cars that drive over dung, crushing them or the eggs laid inside the dung. Did you spot this small but amazing insect in the Addo Elephant National Park? 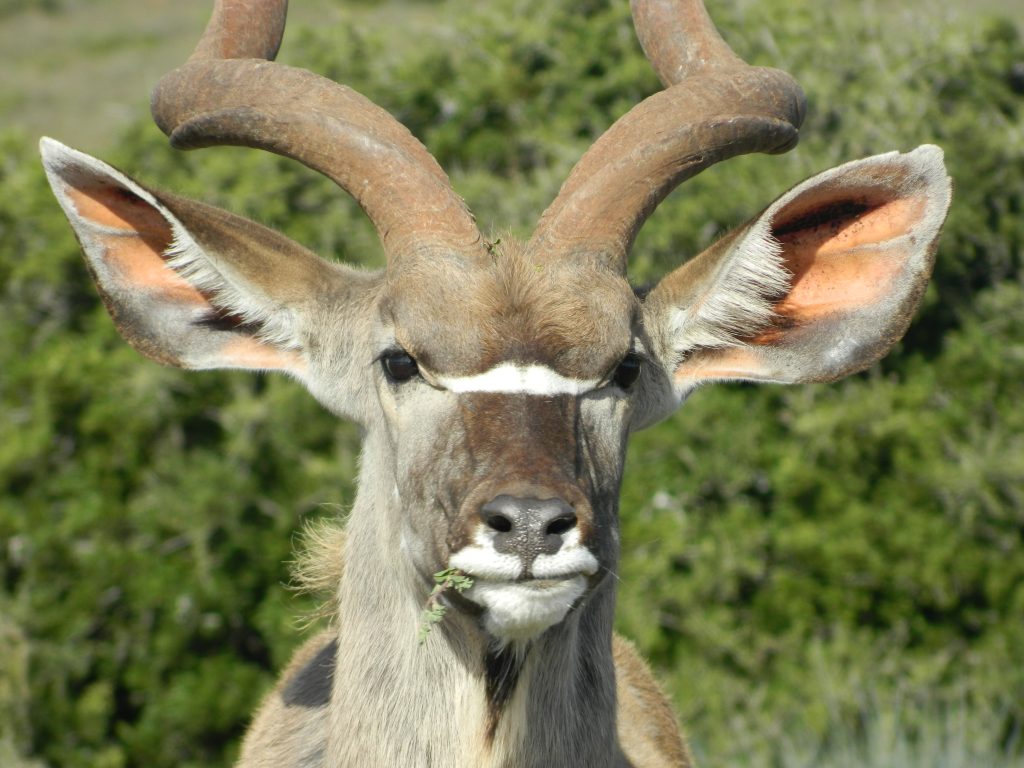 Easily the most recognized antelope in South Africa, this magnificent animal is one of our top animals to spot in the Addo Elephant Park. The kudu is also the face and predominant logo used to represent South African National Parks (SANParks). Other antelope species include the eland, red hartebeest, and more. 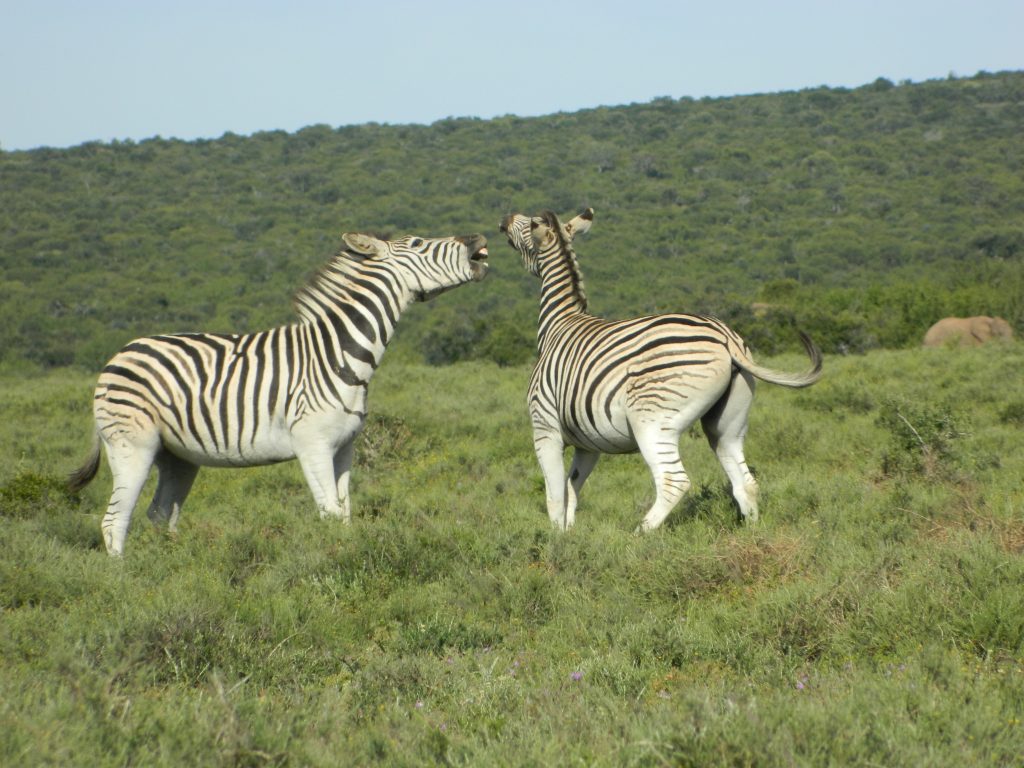 Not territorial, the home range of the Burchell’s zebra often overlap with other family groups, such as the red hartebeest.

Warthog in the Addo Park 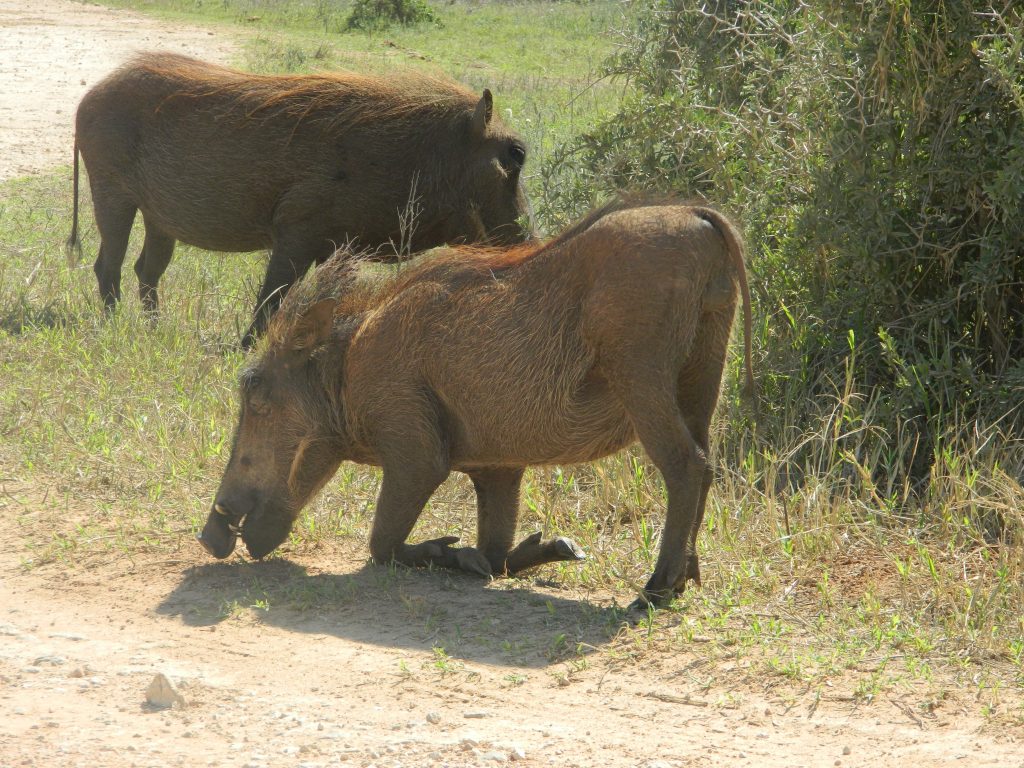 Also commonly known as “Pumba”, this cheeky animal is a common sighting in the park and also on our top animals list. 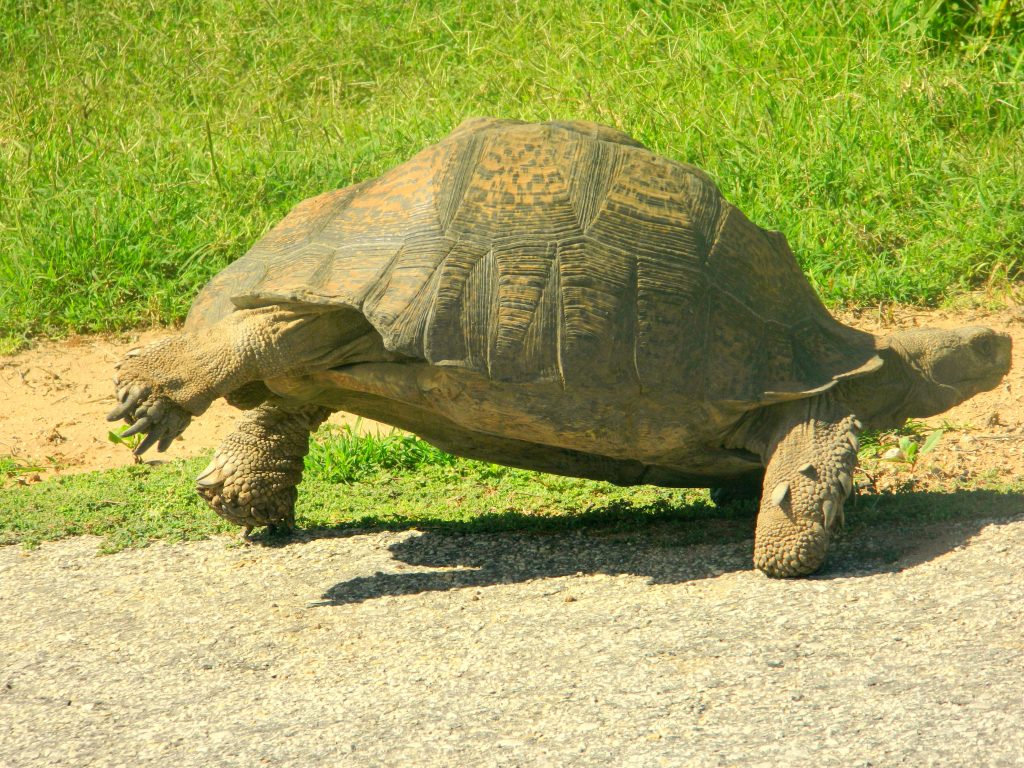 The leopard tortoise is the largest and most abundant of the tortoises in the Addo Elephant National Park. The park’s Domkrag Dam is named after a large leopard tortoise which was called “Domkrag”. He used to attempt to lift cars up with his shell. You can find the shell on display at the Interpretive Centre.

As you can see, our list of top animals to see in the Addo Elephant National Park is long! We didn’t even include the marine wildlife that can be seen on the islands that also form part of the park. Visiting Addo is a remarkable and unforgettable experience and certainly one to tick off on your bucket list. Contact our friendly and capable Chrislin team as we would love to help you plan and book your trip.