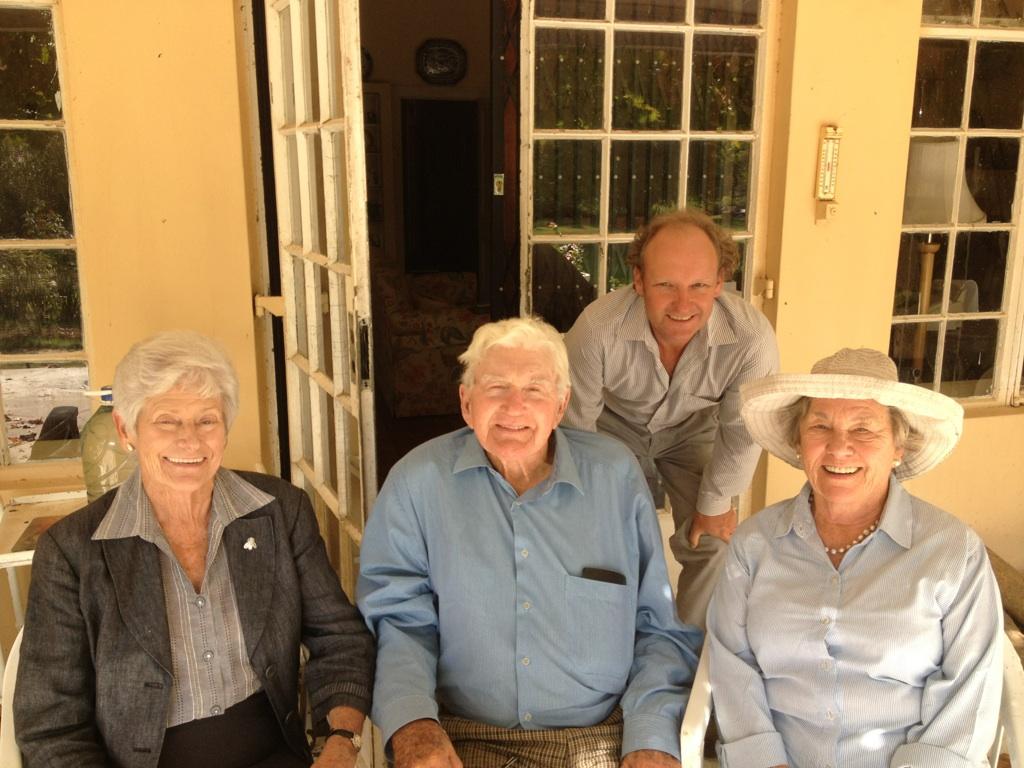 Sipping tea in the tranquil setting of Chrislin African Lodge, Dr. Peter Bunton and Mrs. Ruth Woolley reminisce of growing up in bygone Addo when elephants roamed free, polo was the weekend social event and the mode of transport to school was horse.
Dr. Bunton arrived in Addo, aged one, in 1923 on their family farm, Elim. After the War, he returned to South Africa to pursue his lifelong passion, animals. A South African polo player, a vet and farmer, he has rich memories of early Addo days.

How we view elephants in the Addo Park is certainly different to the 1930’s! Driving to the Addo Park when Mrs. Ruth Woolley, born on Bydand farm in 1928, Addo, was a little girl was terribly exciting. All the farmers reject citrus fruit would be dumped at the water hole (today’s main camp) while the farmers would shine their vehicle’s front lights onto this area. This was the only viewing area, no driving around like today. Upon elephant’s ears flapping in agitation, all would jump into their cars and exit as quickly as possible! She remembers when the Port Elizabeth tram’s ceased to operate at the same time as WayGood-Otis lifts. The tram tracks and cables, as well as the lift cables, were used to erect more secure fencing along the Addo Park boundary in 1954. This kept the elephants in, the farmers with intact crops and the elephant herds growing.

This was massive progression after centuries of elephants and human conflicting. Ivory, trading, local wars, settlers and hunting threatened these incredible Addo beasts lives until, after an order was followed through to exterminate all elephants in 1919, the Government stepped in and enclosed the remaining 11 elephants in a sanctuary. The first enclosure, in 1931, was inadequate and elephants were lost one by one until, in 1954, an elephant proof fence (tram tracks and lift cables) was erected. The Addo Park has flourished ever since and continues to grow under the conservation efforts of SAN Parks.

It was a privilege to be in such interesting and convivial company, my mind reconstructing the Addo Park through the decades, first hand. It was fascinating to hear the Addo Park’s history and the long-term conservation efforts from their honourary vet, Dr. Peter Bunton. He recalls being reluctant about lions being introduced into the Addo Park in late 2003 as the Addo Park animals had never previously had predators amongst them. The first year of resident lions realised his fear as the whole Disease Free Buffalo calf herd was wiped out. Thankfully the animals have learnt to live with these predators and play a harder game!

There is more to the Sundays River Valley than meets the eye. Beyond today’s Addo Elephant National Park, 5 star lodges and world class citrus export industry is a rich history, which dates back centuries.