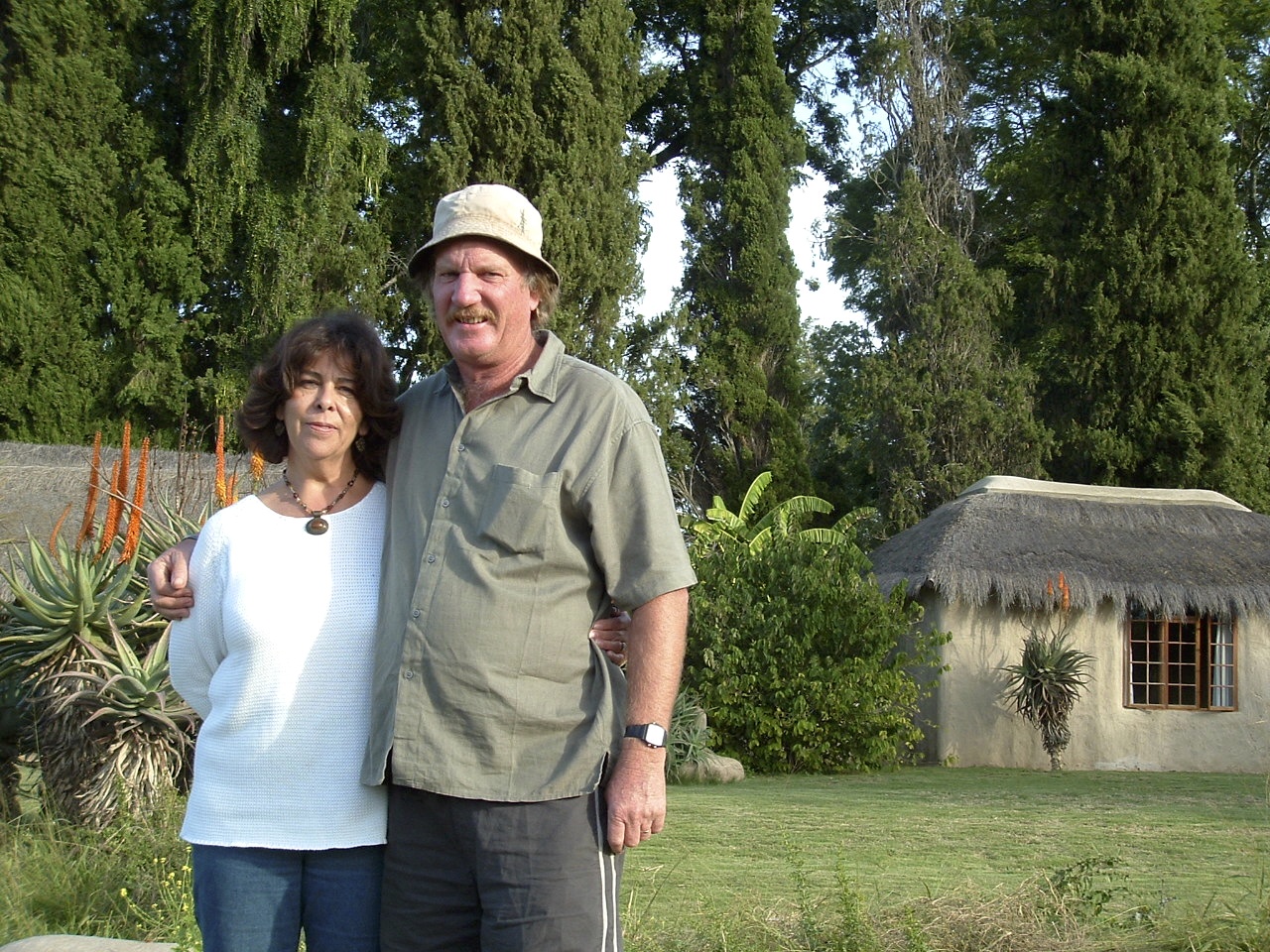 Today, on 29 January, we remember Chris Pickels, the creator of Chrislin African Lodge who sadly passed away three years ago. He is greatly missed by all who knew him. Read a short story of his life, written by his eldest son, David…

My dad was born in Port Elizabeth, South Africa, to proud parents Geoffrey and Christine Pickels. He grew up on their farm, Strathmore, a stones throw away from the Addo village. Growing up he spent his time with his sister, Gerry, outdoors collecting eggs, building forts and watching the local Xhosa children stick fighting at the crossroads nearby.

From an early age he was shy and reserved. At the sight of guests arriving on the farm he would climb out the window and escape to his island in the river.

He was sent to Union High School, in Graaff Reinet, and was a boarder for the rest of his school career. Once again he would escape with friends into the mountains behind the school. They would take a billycan of water and a few things to eat, given to them by the house matron. They would build forts, hunt birds and dassies, collect eggs and do all the things that boys do.

After school he left the country and spent three years studying viticulture and wine making in Weinsberg, Germany. When he left he knew a few basic words that he had learnt from his mother, but in no time he was able to write and speak German fluently. He managed to travel around the country and to see other parts of Europe whilst there.

What always amazed us was that he had spent a relatively short time there, but could remember almost every single town and village he’d been to or passed by and which major city it was close to. Even in the places he hadn’t been….
Whenever we had German guests at our lodge he would ask them where they were from. They would mention a place and he could finish their sentence for them by saying it was near to this or that place. Incredible…. A brilliant mind…..

When he returned from Germany he did his national service. Having spent so much time away from home made this period an easy adjustment. He always said that he had laughed so hard in the army. While any other may have lost their sense of humour, he retained his.

He had a great sense of humour and could always see the funny side of life in any situation.

After his national service he moved to Stellenbosch in the Cape. It was here that he met my mom, Linda. They met at a party but my mother was living in Cape Town and Dad was moving back to the farm the next day due to his father’s poor health. They kept in contact and it wasn’t long before they were engaged, then married.

They were married in the Addo Anglican church, and the reception was held on the farm. My father worked his father’s farm, as well as another in the area, while my Mom was a teacher at the Sunday River Primary school. I was born 3 years later.

Dad’s parents were retiring and had to sell the farm, so Dad packed up his new family and moved back to Cape Town. Shortly after, their second son Christopher, was born. We stayed in Cape Town before my folks built a house in Somerset West. I started my schooling there.

We had a lovely home there and were happy, but Dad yearned for the Eastern Cape. He kept threatening to come farming again. One of his main reasons for wanting to come back was that he wanted his two boys to have the same upbringing in the same environment that he had had.

So one day my Mom said, “Let’s do it…” He came to buy a farm, the house was sold and off they went.

He bought the farm that we all live on today. In my opinion it was the best, bravest choice that they could have made. Christopher and I had the very best time growing up here. We will always appreciate what it took in personal sacrifice and courage for us to be here today.

Farming citrus was always a struggle and Dad and Mom decided to renovate the bottom room and start a B&B which they named Chrislin.

Once again he built forts, this time they were built out of mud and they had people staying in them. He was very artistic and always strived to have everything unconventional and handcrafted. Headboards, side tables, towel rails, coat hangers, shelves, even the weird and wonderful wooden creatures that hang above the beds, were all made by him.

We all had such fun heading off into the mountains to collect the bits of driftwood for his creations.

The business was slowly growing and when I finished my studies in Port Elizabeth. I was given the opportunity to join them on the farm and expand the B&B further. It was around this time that I met Margaret, my wife, and we have been here ever since.

My father loved having his family around and it gave him immense joy to have created something that could sustain us all and have us living on the farm as well.
Together, we built Sneezewoods in nine months to be able to have a venue for Margaret and my wedding. There was a lot of pressure on us, but we had great fun doing it. We always had loads of fun.

When Christopher moved onto the farm he was given a portion of land on which to build his own home. Dad was always ready with good advice and guidance when we needed it.

The next big event was when our first child, Ross, was born. He was the proudest grandfather in town. He would tell everyone what little Ross had been doing. Ross was the best thing since sliced bread.

I remember I would take him to their bed every morning so that Margaret and I could get some extra sleep. Both Mom and Dad would be lying under the covers just waiting for him. Dad had all his story books ready next to his bed side and a puppet called Finxy, to tickle and tease him with.

Every single day he would count his blessings and say how fortunate we all were.

What I have told is a very short story of his life, only the basic skeleton.

He will be remembered for being kind, generous, intelligent, knowledgeable, humorous and caring.

Dad, you have left us too soon. We miss you.

Rest in Peace
All our love
Your Family