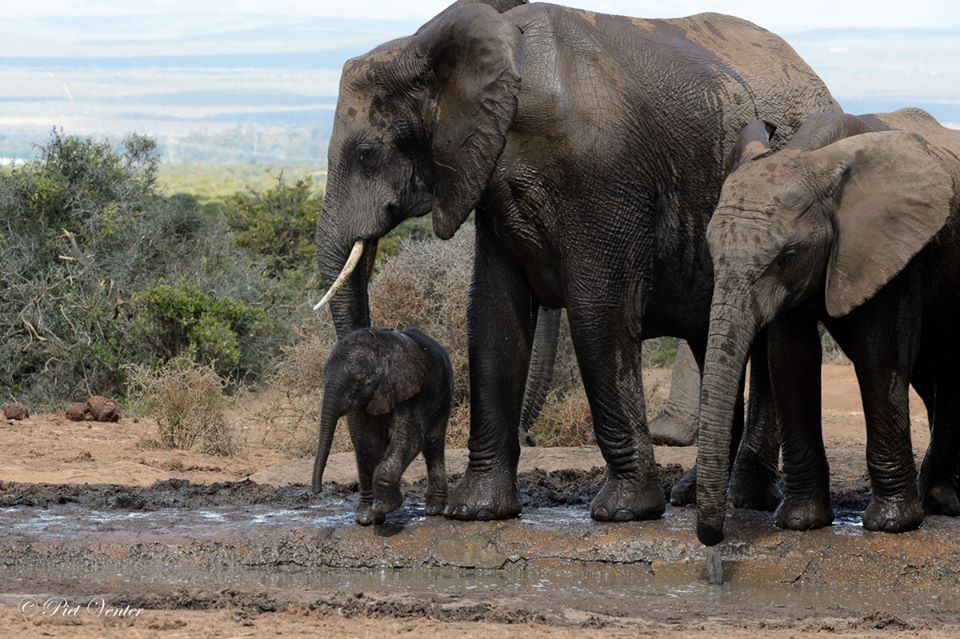 The Addo Elephant National Park is home to some of Africa’s most endangered animals. The conservation fee paid to South African National Parks (SANParks) during your Addo safari will help conserve Africa’s endangered wildlife. The animals listed below are all endemic to the Addo area and we need all the help we can get to prevent these animals from becoming extinct. 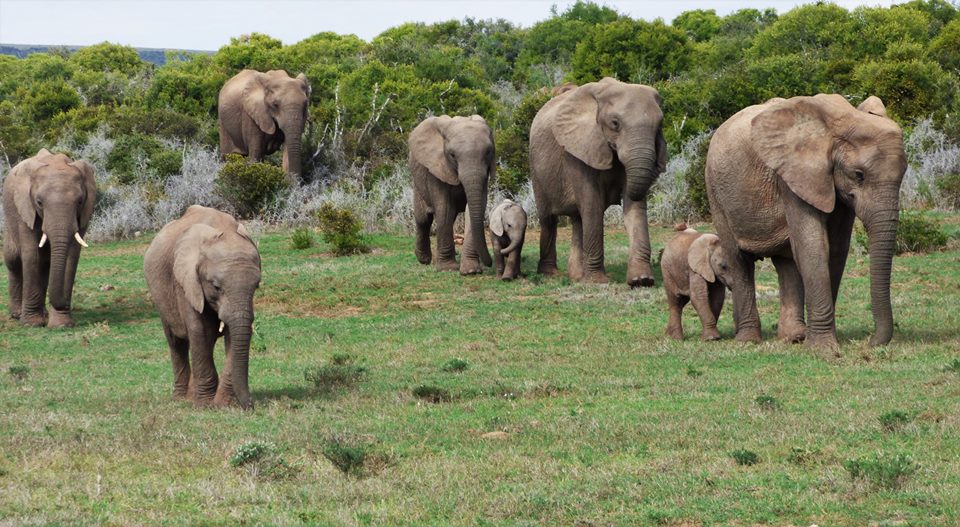 The African elephant is among the most endangered animals in Africa. With an estimated 600,000 elephants remaining in the wild, they are on the endangered list due to loss of habitat and poaching. Sadly, between 2006 and 2015, around 111,000 African elephant were killed, mainly due to poaching. Between 2007 and 2014, 30% of Africa’s savannah elephants were lost. The World Wildlife Fund (WWF) estimates that around 20,000 African elephants are killed each year for their ivory. That is a shocking average of 55 elephants dying per day. Addo Elephant National Park is home to over 600 of these gentle giants, with an estimated increase of 5% in the population per annum. They can be enjoyed on most Addo safari tours. 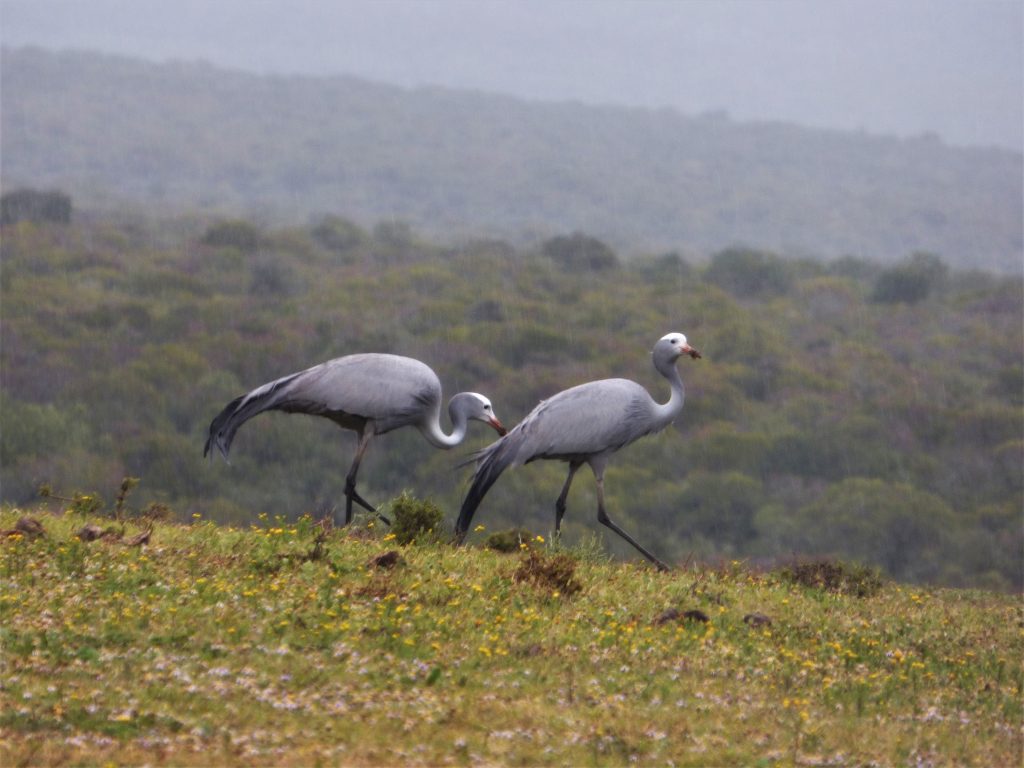 The blue crane is South Africa’s national bird. Over 98% of the world’s population can be found in South Africa. Major threats for the blue crane are habitat loss, poisoning and collision with electric wires. The birds have a blind spot in the vision, which results in them often colliding with power lines. They also have very long, dangly legs that get entangled in the wires. The Endangered Wildlife Trust has an active African crane conservation programme and they are working hard to implement ways of making power lines more visible to cranes. There are only about 25,000 blue cranes left in the world. These beautiful birds can often be spotted while on safari in the Addo Elephant National Park. 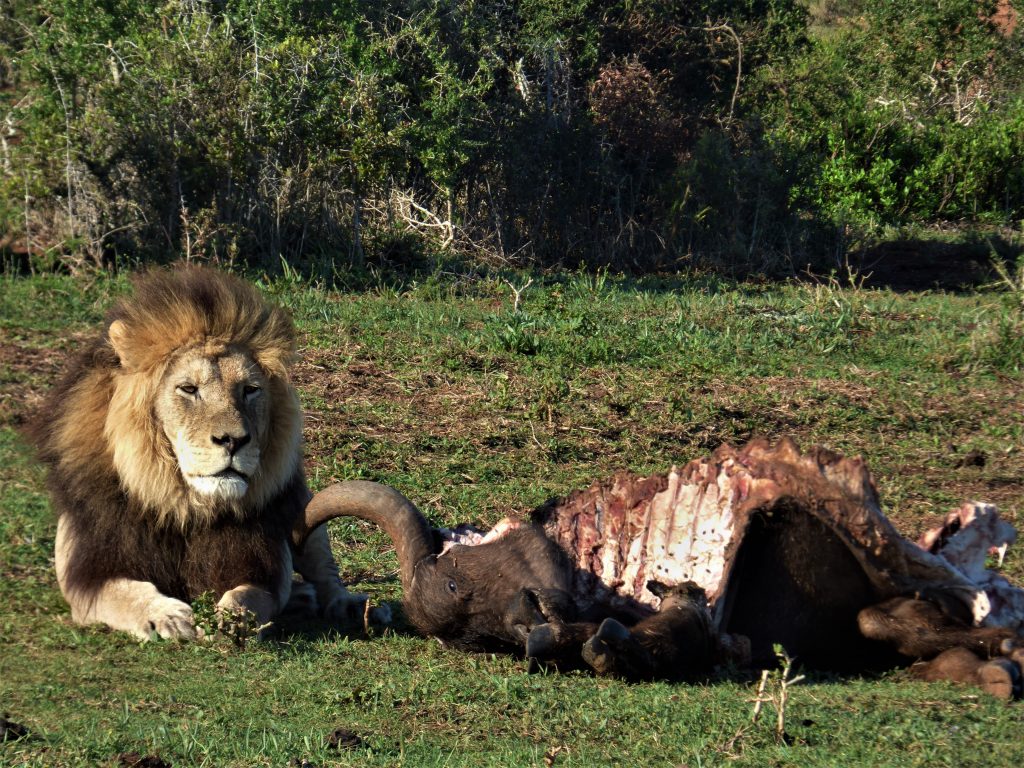 Just over a century ago, there were more than 200,000 wild lions living in Africa. Today, there are only about 20,000. Sadly, lions are extinct in 26 African countries. Their numbers are dwindling due to loss of habitat, poisonings, and hunting. Six lions from the Kalahari were translocated to the Addo Elephant National Park in 2003. They were particularly chosen from the Kalahari as it is believed that the lions are genetically most similar to the extinct Cape black-maned lions, which previously lived in the Addo area. You may be lucky to see some of the 26 lions while on your Addo safari in the national park. 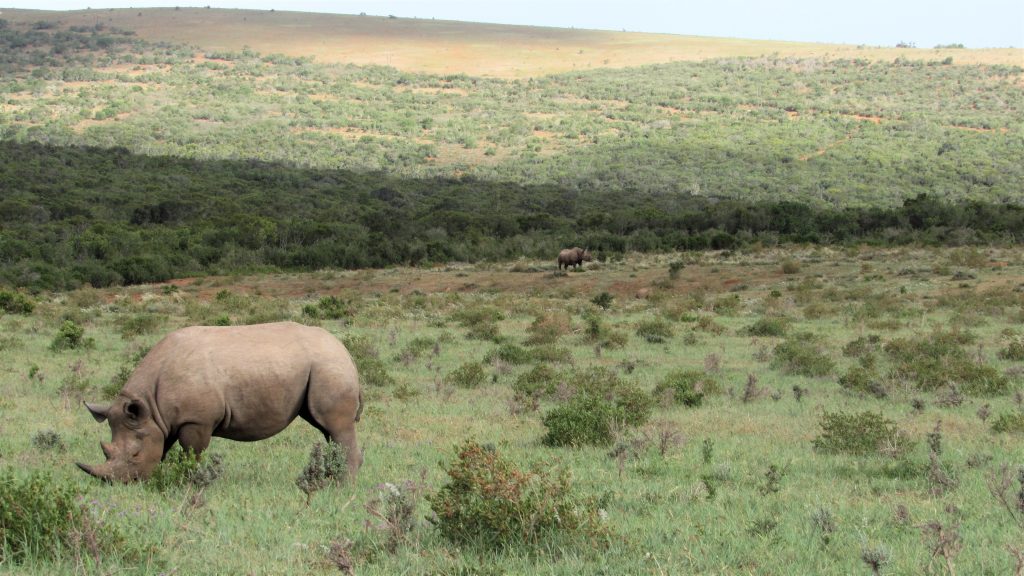 The number of black rhinos accounted for today is a staggering 3,500. We are losing this wonderful animal at a drastic rate mainly due to poaching for their horns. The black rhinoceros is a solitary animal and they do not usually travel in groups. They dine on twigs, plants and herbs and bathe in water and mud to stay cool during the summer months. You will be fortunate to see them on your Addo safari.

In May 2018, a group of six black rhino were translocated from the Addo Elephant National Park to Chad’s Zakouma National Park to reintroduce the species after an almost 50-year absence. After their arrival, they were held in bomas for about two months to enable them to acclimatize to their new environment. In late August, they were released to roam free in the park where they were monitored regularly. Sadly, five months later, it was reported that the carcasses of two of the rhinos, a male and female, were discovered. The cause of death has yet to be determined, but fortunately it’s been confirmed that poaching can be ruled out in this case. The remaining four black rhino are still alive and are being monitored closely. For the sake of their safety and to protect these animals, the number of rhino in the park is undisclosed. 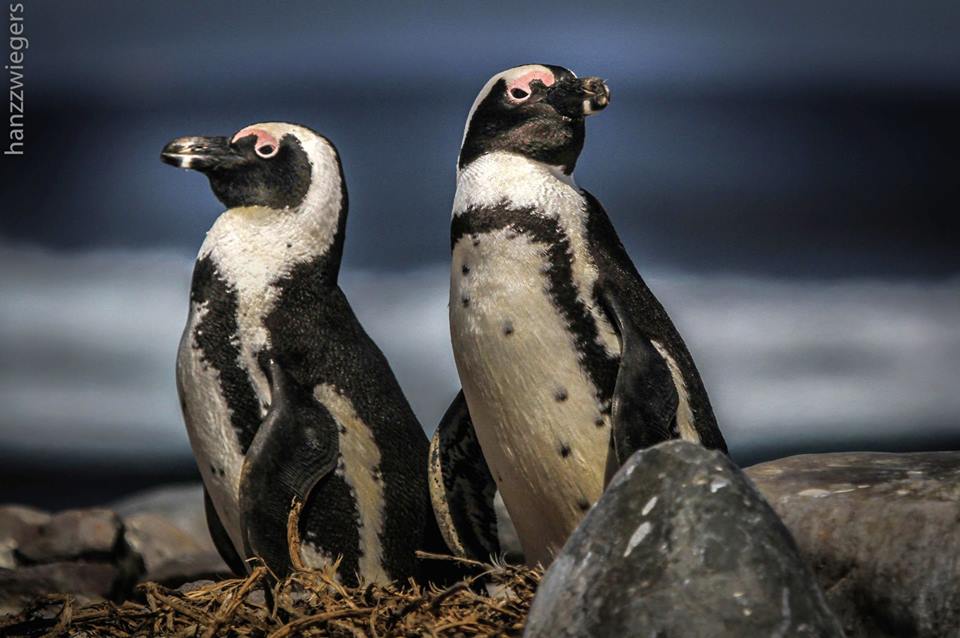 With a decline of 60% over a period of 28 years, the African penguin was added to the red list of threatened species in 2010. Pollution, global warming, habitat disruption, competition for food and the human consumption of their eggs are some of the contributing factors to the decline of numbers. It is believed that there are a little less than 70,000 breeding pairs living today. This is less than 10% of the population that existed in 1900. In 1950 the population had halved, and did so again in 1980. Currently there is an approximate decline of 2% in the population every year. These birds can be spotted on the Algoa Bay Islands, part of the greater Addo Park. The African penguin colony at St. Croix (part of the Algoa Bay Islands group) is the largest in South Africa, with an estimated 11,000 breeding pairs.

All of us at Chrislin take the threats to Africa’s endangered wildlife very seriously. We highly recommend a guided tour with our in-house partner, Crisscross Adventures to learn more about these animals and what you can do to help save them from extinction. Contact us for more information on how to do so.